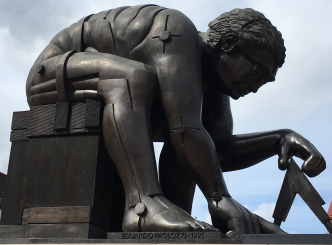 It has become something of a truism that LIS has rather lost its way. The importance of the information professional role is generally believed to have been diminished by the ready availability of digital information, particularly through Google, Wikipedia and social media, while news from the formal library sector is increasingly of closures and mergers. Not surprisingly, the underlying library/information discipline wonders what its purpose is, what it is educating for, and researching about. This is not new, but the concerns have now become more pressing.

One response, with which we identify, has been to suggest that we return to our turn-of-the-twentieth-century roots, and focus on documentation; the study of the varied forms and genres of documents which carry recorded information. This seems particularly apposite in light of the novel forms of complex digital documents now emerging, which traditional LIS is ill-equipped to handle, both in theory and in practice.

More broadly, we might see this movement framed within a wider set of social issues and problems, which we might categorise as those of the post-factual society.

The phrase “post-factual democracy”, now in wide circulation, seems to have risen to prominence in 2013, apropos of the ‘infostorm’ phenomenon, the multiple repetition of an idea on social media:

“Infostorms may be generating a new type of politics, the post-factual democracy. Facts are replaced by opportune narratives and the definition of a good story is one that has gone viral”

V.F. Hendricks, All these likes and upvotes are bad news for democracy

It has come into more frequent use in 2016, particularly in conjunction with Donald Trump’s candidacy for the US presidency, and the referendum decision for Britain to leave the European Union.

The phrase “post-factual society” has contemporary popularity, used, for example, in an MTV report in July 2016,  although “post fact society” was used in the title of a 2008 book.

While all these terms seem to have much the same import, “post-factual society” seems most appropriate for the perspective of LIS, with its emphasis on making accessible the (at least partly factual) records of society.

What this means was shown in sharp relief in the political campaign which culminated in the referendum on Britain’s membership of the European Union in June 2016. It is generally agreed that the information available to the public during the campaign was accompanied, on both sides of the issue, by a great deal of misinformation (unintentionally false and/or misleading) and disinformation (deliberately false and/or misleading). Two widely publicised events threw light on the post-factual nature of the debate. One was the suggestion by Michael Gove, a leader of the Leave campaign that the public had had enough of experts. The second, the revelation that many British internet users searched for “what is the European Union” in the the days after the vote. Social media also played a major, and, in the views of many a malign, part in the campaign.

There are other, perhaps less dramatic, observations supporting the idea of the post-factual environment. One is the decline in fact-based news reporting, replaced by comment and supposition around a small amount of information (or misinformation, often) spread through the multiple reproduction of an initial report or press release, and lacking fact-checking or research in relevant information sources (K Schopflin and K Stoddard, The news librarian, CILIP Update June 2016, pp 28-30). Another is the reliance on social media for information of all kinds; while undoubtedly rapid, easy to consume, and able to be filtered according to taste, this works against the need for considered rational material, with an openness to views outside one’s filter bubble. Finally, there might be mentioned the inarguable move to a generally shallow, light or distant reading of materials of all kind, exemplified by a reliance on headlines, tweets, updates, snippets in internet news, and on abstracts for professional materials.

What might the response of LIS be to this complex of issues and problems? The problem is certainly not one of a lack of information; arguably the reverse. The response of the library community in particular over the past decade to information overload has been the enthusiastic advocacy of information literacy, with a focus on the selection of ‘good’ sources, and the evaluation of information. While this is no doubt of value, particularly in the educational settings where it is most strongly espoused, it seems too limited an approach to make much headway in a wider post-factual context.

We have argued that LIS should take as a major task, indeed perhaps as its main role, the promotion of understanding, as a replacement for the previous task of the provision of information. Understanding is, ironically enough, a poorly understood concept, and there is scholarly work to be done in capturing exactly what it means, from a documentation perspective, and hence how it may best be promoted. However, it seems likely that it will certainly involve two aspects. First is the development of information fluency: the conceptual grasp of the world of information, in its new digital environment with its new forms of document. Second is the complementary development of digital literacy; the set of skills necessary to navigate, to access and contribute to, the new information environment. These need to be studied and taught within LIS academic departments, and then promulgated through society generally by practitioners. This is certainly not a matter of attempting to go back to some golden age of universal deep reading of the kind of documents familiar in the pre-Internet age; the world has moved on from that, and will not go back. Rather, it is an attempt to help society to regain the fluent and effective dealing with information which has, to a significant extent, been lost in these post-factual days.

But together with these conceptual and practical concerns should go a specific ethical, and arguably political, commitment to oppose and to counteract the post-factual tendency and its proponents. The latter include much of the media, and some highly placed political figures, as well as the section of the population which prefers not to have to engage in rational fact-based debate.

It may reasonably be said that these are not wholly new tasks or perspectives for LIS; and indeed one may find analogies going back to the origins of the public library movement in the nineteenth century, if not before. But the social transformations which we are now seeing lend a new urgency. The transformation of LIS into a subject based around the principles of documentation, and with the primary aim of promoting rational understanding in society, is a necessary response.

Note: The nature of LIS as a discipline and its relevance to practice is one of my research interests, and I often write and speak about the content and boundaries of the subject, and the design of LIS curricula.

Here are some of my previous posts around this topic:

If you are interested in studying for your masters in LIS, I give regular presentations on the discipline, careers and our course content at our #citylis open evenings, which are held in November, April and June at City University London as part of their postgraduate open evenings. Check the website for the next date – free but you need to register.